Tomorrow, leading nations will be run by large corporations and company executives will replace government officials. Every power country has a space elevator, after Disnemerika has shown them all how to physically create one. Being the only territory to own two. They are constructed from top to bottom, utilizing natural gravity forces for stabilization in the building process. 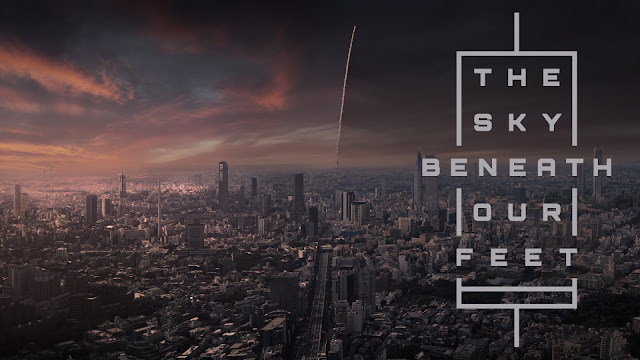 We take in a beautiful warm opening shot of the city with the space elevator visible in the background. The word TOMORROW fades in briefly at the bottom and just as it fades out again, two K'harg ships swoosh by the camera, creating a camera shake. Their heat waves distort the air behind them.

SKY SHOT: TRACKING ALONG AIRCRAFTS
Camera follows the invaders as one after the other opens fire.

LISA is sneaking around, dodging alien fighter ships that swoosh by and generally trying to remain in the shadows. While resting between dirty ruins, LISA pulls out her iPhone and holds it tightly in her left hand. The display is flashing a no incoming mail icon.

MEDIUM CLOSE UP: WE STOP MOVING AND HOLD ON PROFILE VIEW OF S.A.R.G.
Four Space Command ships shoot through the gate screen left to screen right in evenly spaced time intervals, and slow down into formation. These spaceships are spherical in design but not smooth. They have multiple levels of metal parts in various shapes and sizes, with the same type of symbols as seen on the gate's surface.

SLOW DRIFT AROUND SHIPS WITH A SLIGHT PIVOT TO SCREEN RIGHT
The formation is first a queue then the leading ship becomes the spearhead as Gliese comes into frame. 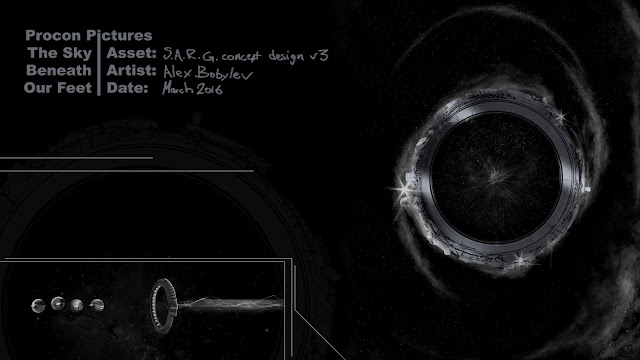