LONG SHOT: FROM ACROSS THE ROAD

LISA loaded with an extremely large hiking backpack and an iPad in her hand is leaving home to move to the city. She is waiting for a transporter. 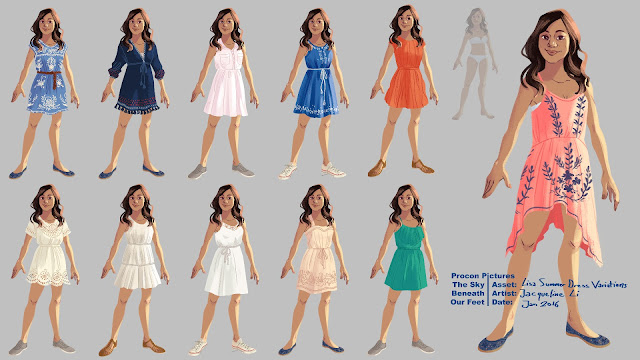 SEAMLESS TRANSITION AS A CAR PASSES BY FROM SCREEN LEFT

LONG SHOT: FROM ACROSS THE STREET

As vehicle exits frame right, LISA is revealed. She arrived in the city, wearing the same clothes as before. LISA is framed in the identical composition as in the previous countryside departure shot. It is a busy Dundas Square morning rush. Everything is in motion while she stays rooted to the same spot.

JOHN stops next to LISA while he's staring at one of the large digital screens playing a Space Command advert.


LISA (VOICEOVER) (cont'd)
...and believed that by devoting
myself to whatever he loved, he
would love me back.

He is completely sucked into the commercia with his full attention span. Soldiers have become the sports superstars and celebrated athletes of society, and companies are ruling the earth, sponsoring heroes of war, like football players used to be. The advertisements on the holographic billboards around the square display the names of the leading brands, which are merged enterprises based on old companies and organizations or governments: iCoke, Googlsoft/Microogle, BMVW, Canamac, Kraftlé, etc.
The image on the screen switches to a news flash progress report on the Space Acceleration gate Ring construction. We see motion graphics explaining the venture with an attractive news caster reporting on the latest developments.


REPORTER
...being able to transport 4.62
tons of mass per second through
space. After successful completion
Space Command anticipates to be
able to start the Gliese 581 C
exploration mission within less
than two years, planning to
colonize the planets nocturnal side
in a second wave as part of a yet
to be announced enterprise.

An animated Space Command logo pops up ending the infomercial and switching over to regular advertisement. John slowly escapes the trance and notices LISA for the first time, instant love at first sight striking him. She is equally fascinated by his focus and pretty much everything about him. There is no logic behind it but they hit it off.

MONTAGE: SERIES OF SHOTS DEPICTING THE DEVELOPMENT OF THEIR RELATIONSHIP OVER A SPAN OF MULTIPLE MONTHS