FLY BY: CAM CONTINUES TO PULL OUT AND PAN LEFT TO WRITE
Space station is being revealed, as we pan by. Then four spherical spacecrafts, including JOHN's, launch and head for a S.A.R.G to the right. The symbols on the gate light up. The ships enter and disappear, leaving a faint supersonic fast blue trail. The space acceleration ring consists of a
series of large circular gates wich enable lightspeed travel by basically catapulting an object from one gate to the next. Their angle of orientation has to be carefully calculated. With the correct alignment multiple gates can be used in a sequence and anything can be sent great distances
at speeds greater than light. Having signed a military contract and committed to the mission, JOHN would have been court-marshalled if he had turned around attempting to ride the space elevator back down. Furthermore, this mission and by extent the future of the entire human race rests on his shoulders. As his logic and sense of responsibility slowly started returning, he forced himself to carry on.


LISA (VOICEOVER)
We shared an unspoken connection
beyond words and for some reason I
just assumed that we would always
be together.


OVER THE HEAD: 3/4 DOWN SHOT: Busy Dundas Square with people crossing diagonally.


LISA (VOICEOVER)
And as one naivety tends to lead
the inexperienced right into the
next, I was also ignorant enough
not to understand the consequences
of poking a hornets nest. While
preparing to set out for the
battle, war has come right to our
doorstep without even bothering to
knock.

LISA (VOICEOVER) (cont'd)
Respecting the nature of all things
in any throw-away
society-structure, a reboot always
appears more efficient over the
prospect of patching up a sinking
ship.

MONTAGE: EDITED AS CONTINUOUS VFX SHOT
LISA is sneaking around, dodging alien fighter ships that swoosh by and generally trying to remain in the shadows. When the military finally takes one down, LISA appears almost shocked. At first we think she's dazzled at the fact that her own people seem to be winning but once she starts
running it becomes apparent that the crash-landing star destroyer ship is headed her way. She makes a run for it and barely clears the deathly radius of the impact.


LISA (VOICEOVER) (cont'd)
With all the scars that experience
has to offer one clings onto any
hope of a future as if it was THE
almighty joker in a game
misunderstood by all players
involved.

Standing in the middle of the chaotic aftermath, LISA pulls out her phone to check her messages. 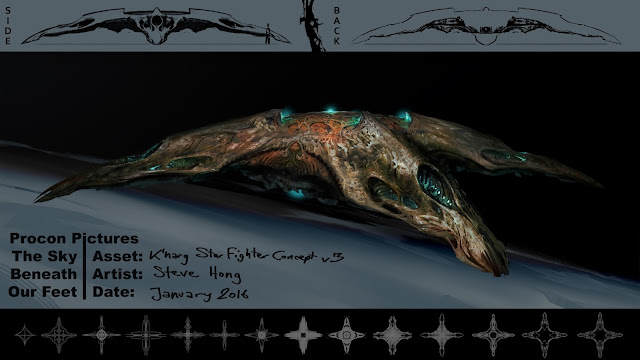